Poultry, due to its genetic, nutritional and managemental up-gradation have become a source for quick productivity. But, uneconomical ingredient prices, fluctuating managemental conditions, quality parameters in each and every aspect of rearing birds still expect compensation and extraordinary performance from chicken making it vulnerable to stressor. This stressor induces stress by generating free radicals inside the body which subsequently leads to loss in productivity and profitability. To avert such possibility of stress-inducing substances and compounds wreaking havoc in the body affecting the immune system, immunomodulators in poultry, feed supplements for poultry, as well as enzymes in poultry feed are of utmost necessity boosting up performance and productivity in poultry farms.

In general, the stressor is classified into four groups: environmental, nutritional, technological and internal. To combat the ill-effects of stressor, immunomodulators in poultry, feed supplement for poultry such as proteins and amino acids, vitamins and minerals, and enzymes in poultry feed like protease, phytases, lipases, carbohydrates such as amylase, beta-glucanase and xylanase need to be given to birds like chickens to ensure disease-free body and increase productivity in the long run, beneficial for both poultry farmers and owners. The body, be it for animals, birds or human beings, acts as an inherent mechanism to neutralize the free radicals, but if the generation of free radicals becomes more than the antioxidant, it leads to cellular damages and inflammation.

Inflammation and Oxidative stress: Two sides of the same coin

Inflammation and Oxidative stress are interdependent on each other. All the inflammatory processes for e.g.; activated macrophages produces large amount of free radicals or reactive species (RS) to kill the microbes.

Inflammation is a pathological condition characterized by immune cell infiltration and release of reactive species by these cells leading to tissue injury. RS generated by inflammatory cells (besides causing direct oxidative stress to remove pathogens) also stimulates pathways that lead to amplification of inflammation. RS-induced kinase leads to the generation of pro inflammatory cytokines and chemokines. Once triggered, these cytokines and chemokines bind to their respective receptors (such as platelet derived growth factor receptor) that are well established to generate RS. RS is thus both upstream and downstream of the inflammation cycle.

The reactive species generated regulate redox sensitive transcription factor such as Nuclear Factor Kappa B, this factor when in inactive form, is localized in the cytoplasm of cells and are bound to cytosolic proteins like IkB. The reactive species drive modification in IkB proteins, thus freeing NF-kB, which then translocate to the nucleus where it induces expression of several genes that express inflammatory proteins. Besides NF-kB, other transcription factor, such as Activator protein -1, hypoxia inducible factor, peroxisome proliferator activator receptor gamma, β canteen/Wnt and Nuclear factor-2 are also regulated by reactive species. 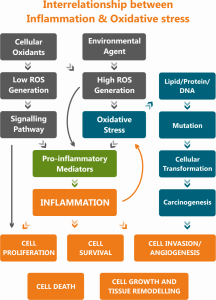 Once inflammation sets in, it is also necessary to control the inflammatory process and bring the homeostasis. The body has inbuilt mechanism to resolve the inflammation and bring the homeostasis. Lipid mediators primarily derived from PUFA play a key role for resolution of inflammation. These mediators are known as pro-resolving mediators. The ω3 and ω6 PUFAs under LOX mediated catalysis result in different kinds of lipid mediators. Among these, E (RvE) and D (RvD) series resolving are leading pro-resolving mediators. LOXs (5,12 and 15 LOX) are key enzyme which catalyze the biosynthesis of SPMs and non-specific inhibition of NSAIDs affect native inflammation resolution. While on other hand, Serrato peptidase and similar enzyme indirectly assist resolution of inflammation as they do not affect LOX catalyzed SPMs production. 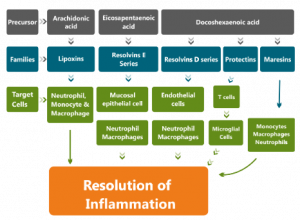 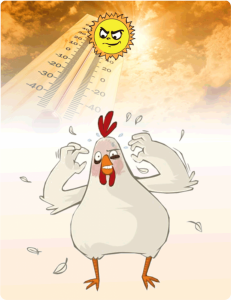 Systemic Enzyme such as serrati peptidase, natto kinase, bromelain and papain are proteolytic in nature and has been shown to quite effective in resolving inflammation.

The basic condition of the systemic effect of enzymes in poultry feed like proteases administered orally is their absorption in an enzymatically active form. The proteases will reach the mucosa of the small intestine with a pH of about 7. The systemic enzymes are absorbed from the digestive tract, into the systemic circulation, from where it penetrates all tissues. After absorption, certain parts of the proteolytic enzymes pass into the blood stream and the lymph where their enzymatic activity allows them to bind to natural antiproteases of which the most important are alpha-2-macroglobulin (a-2-M).

It reaches high concentrations in the inflamed tissues. They hydrolyse bradykinin, histamine, and serotonin thereby reduces inflammation and improves microcirculation and expectoration of sputum. Thus, it reduces capillary permeability and breakdown of proteins and exudates. They have an effect in regulating immune cell migration from lymph node to inflamed and injured tissue. Such a unique mechanism and broad substrate affinity suggest a role of the enzyme in bringing tissue to normal condition i.e., maintaining homeostasis.

In normal inflammatory processes, an entire range of cytokines come into play. These cytokines can contribute to the development of imbalances in the inflammatory process in animals and birds like chickens or chickens in poultry, which can be cured by immunomodulators in poultry, feed supplement for poultry and enzymes in poultry feed. Lately, attention has been focused mainly on the autocrine cytokine TGF-β, whose excessive formation plays a part in various immuno-pathological processes. Cytokines in plasma are bound (like proteases) to antiproteases, particularly to a-2-M, which has a linked systemic enzyme, a stable bond is formed, which in turn inactivates the cytokine. Consequently, the whole complex (protease-antiprotease-cytokine) is quickly eliminated by phagocytosis. Therefore, systemic enzymes can help to accelerate the clearance of increased levels of certain cytokines. 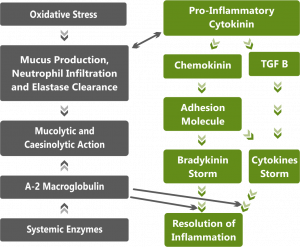 Immunotech Forte is a unique mix of systemic enzyme, antioxidants, and amino acids playing the role of immunomodulators in poultry, feed supplement for poultry, and enzymes in poultry feed. The enzymes combination of Serrati peptidase, Natto kinase, Bromelain, Papain, has a wide range of activity. It stimulates immunity, reduces oedema, and fights inflammation, has great fibrinolytic activity at cellular level. Theyalso have soothing effect on stomach and aids in digestion. The antioxidants present in IMMUNOTECH FORTE are Rutin, Vitamin E and Vitamin C. Theyscavenge free radicals, and relives body from oxidative stress.

In short, IMMUNOTECH FORTE functions as a Immunomodulator, Stress reliever, is Mucolytic and Anti Inflammatory, improves drug efficacy, and helps in maintaining good health and productivity. 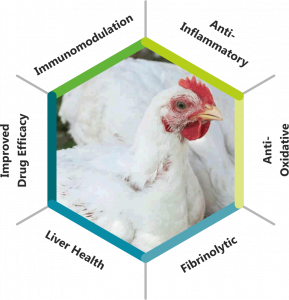 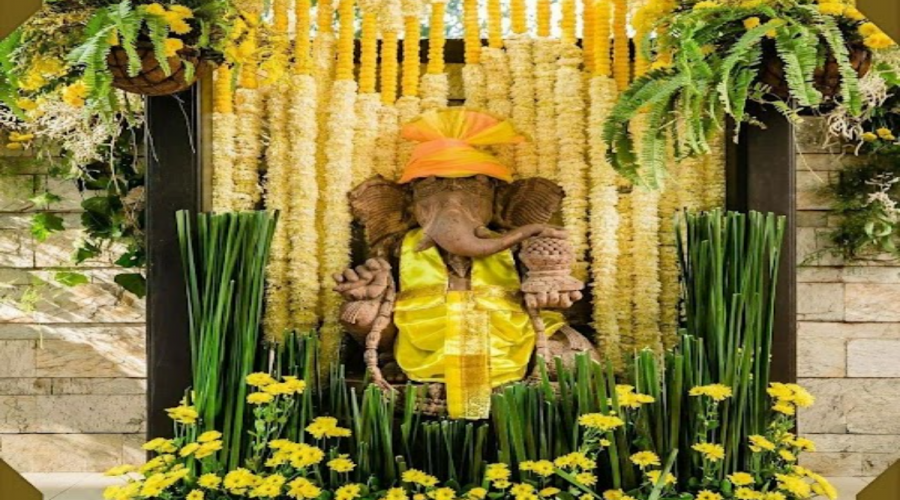 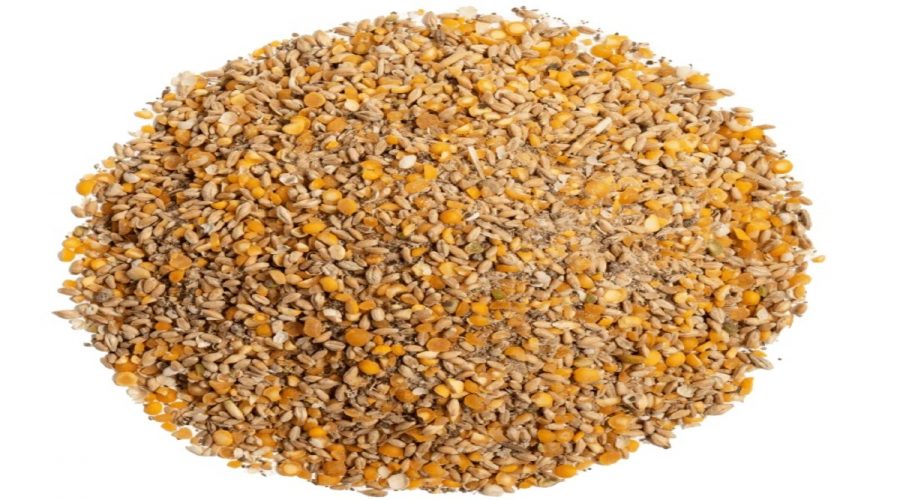 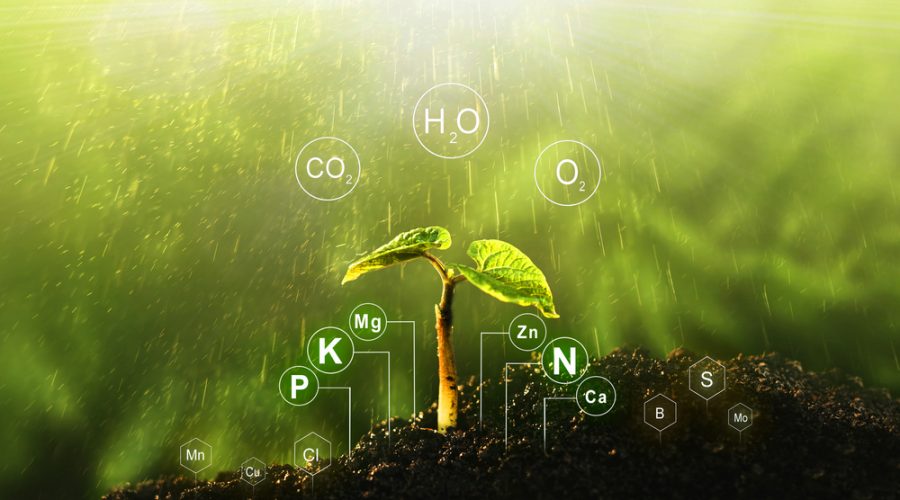 How Plants Obtain Nitrogen for Growth?